Scunthorpe ground out a well-earned victory over local rivals and league leaders Sheffield in what can only be described as arctic conditions at Heslam Park.

It was the visitors from South Yorkshire that got the first points on the board when after 5 minutes scrum half Steve Depledge scored a good try. Centre Chris Pond cut through the home side back line with an audacious dummy. He raced on and timed his pass to perfection when he offloaded to Depledge, who scored under the posts, Hodgson converted. There was a good response from the Greens as they drove forward with intent. Joey Mowbrey crossed the line but the try was disallowed. On 2 minutes after two more scrums and some intense pressure it was the salmon like Ollie Cole who dove over the melee to score the 5 pointer. Cole was putting himself about as if he were a 20 year old earning the President’s man of the match nomination. In the strong wind Tom Alldridge kicked the perfect conversion as the ball sailed through the posts. The score was now even at seven a piece. The middle part of the half was a series of intense exchanges, both sides forcing errors as they battled it out for supremacy. Scunthorpe had chance to go ahead when Ben Hyde charged down a Sheffield kick, James Dyson backed up and raced onto score but could not get the ball down to the satisfaction of the referee. There were not going to be many chances to score in these conditions and against such quality opposition. On 33 minutes Scunthorpe gave away a silly penalty in their own 22 and Sheffield grateful accepted the chance to take 3 points when Depledge converted. Half time 7-10

Shortly after half time Al Fagan scored the 2nd try from a prop, Alldridge converted and the front row had scored all of Scunthorpe’s points. The try came from a Sheffield error, after they had been given a penalty their fly half failed to use the wind and spooned the kick straight to a green giant. Tim Robinson’s side drove forward with a characteristically barn storming run from the influential Ben Hyde. Scunthorpe retained possession and kept their patience as they pounded the Sheffield line, Fagan claimed the try wide out. Tom Alldridge kicked another fantastic conversion to go into the lead 14-10. Although the score was not to change for the next 35 minutes it was still an absorbing game. Sheffield came back at Scunthorpe but poor options saw them squander some promising try scoring opportunities.  On 60 minutes Coach Robinson introduced veteran forward Dave Garbutt into the fray and he added some big game experience to the pack. Sheffield continued to attack inside Scunthorpe’s 22 and it looked like a matter of time before they would score. However the Greens had other ideas, some immense tackling and some Sheffield indiscretion with the referee saw Scunthorpe exit the danger zone without conceding.

Scunthorpe hung on and kept the Sheffield score to zero for the whole half and although it was not a day for running rugby the fact that the front row scored all the points tells the story of the game. Every single Scunthorpe player gave their all and left the field with a thoroughly well-deserved 4 points and 5 wins on the bounce with fortress Heslam still not breached. Next week sees a long trek to Bridgnorth which will not be an easy game.

This week saw us visiting the wildlings, (barton) with rain, snow, sleet and everything else the elements could throw at us.

With several cry offs due to work, medical, wife told me too, and work emergency.

We had to shuffle the team around more times then Paul Daniels in a “is this your card” trick.

Everyone gave it their all in horrible conditions, first half saw us battling the wind but we played well but against the run of play Barton took first blood with a try and a conversion, but Ash Dibdin, then magical danced around there pack, backs and every blade of grass to brings us back.

Harry T Fell converted to bring us all back level.

Back and forth around the wind swept field. We managed to get a scrum 5 m out and the pack walked the home team over for Karl Hull (no nickname) to take the glory.

2nd half we had the wind but through some let’s say very dubious decision we was unable to take full advantage, but Carl Duffin ( poacher) managed to take a smash crash from the mullet ( Ricky Smart) and take us over the line.

Barton battled and battled and we gave them too much room, several try saving scores later they squeezed over and converted. We all dug in but unfortunately with quick handling they yet again managed to just peak in at the corner but unable to convert, we then spent the rest of the game in their 22 but unable to finish the day out.

0-0 at half time, a really tight game . Captain Becky Clark was stranded in Edinburgh but managed to get there for the just after the start of the second half , first touch of the ball and scored a try to give the team a massive boost to go 5-0 up.

Then Cassie Milestone followed up with a solo effort which jazz Clarke converted 12-0 . Doncaster followed with a try from their forwards which was converted 12-7 . Then in the last 4 mins Cassie crossed the line again and jazz Clark  converted 19-7 👍🏻 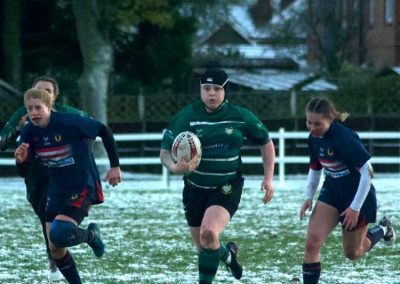 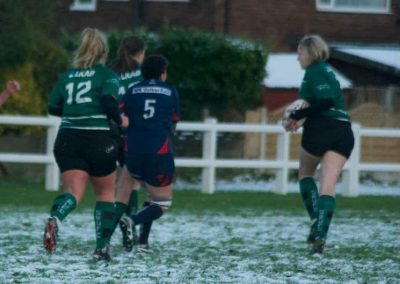 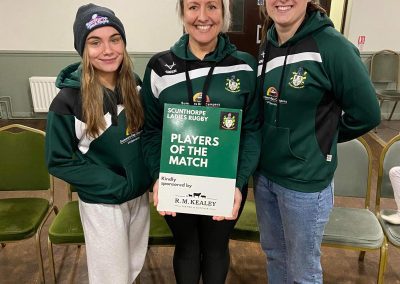 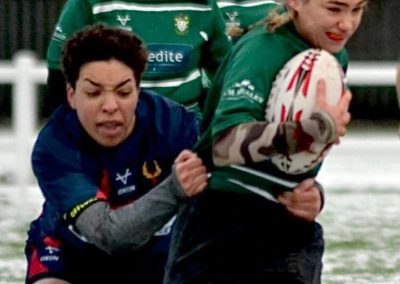 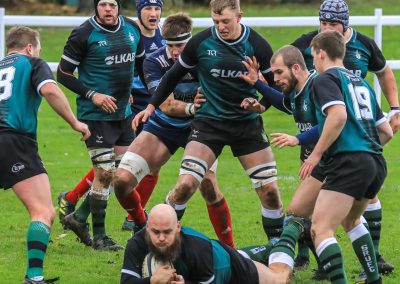 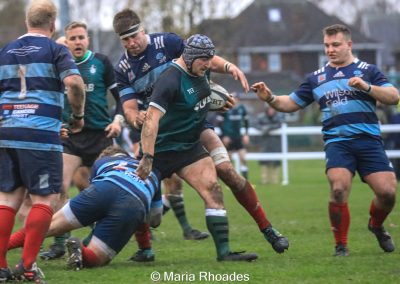