Nick Dyson marked his 200th appearance for the Greens with a text book try.

It was a great shame that Nick’s milestone could not be celebrated with a win. Scunthorpe were in control of this game for the first hour and looked like scraping a win against all the odds. It wasn’t until the final two minutes that Broadstreet stole the honours.

Dyson scored a fantastic try after 3 minutes. From a ruck he made one of his typical runs right through the middle outsmarting the opposition. This time he galloped all the way to the try line to score a well deserved try, Tom Alldridge converted.

Although Broadstreet were lower in the league their efforts on the day did not bely this. They had a robust, experienced pack and their full back Harry Hudson looked very lively. Scunthorpe gave away some dubious high tackle penalties and ‘Street’s scrum half Jack Jolly accepted one of these.

Play was evenly matched for the next few minutes when this time it was Broadstreet who got the wrong side of the match official. Scunthorpe opted for the old faithful – Bridlington. Jacob Hardy took the honours but Alldridge missed an easy kick. From another high tackle penalty Broadstreet added three more points to the score board, again through Jolly. Just before half time ‘The Greens’ were given another penalty, Colin Chapman took a quick tap and made good ground before yet another infringement allowed Tom Alldridge an easy kick at goal. Tim Robinson’s men had chance to increase the score just before half time when from a superb Tom Foster punt into Street’s 22, the catch and drive line out just didn’t quite come off. Was this missed opportunity to be crucial in the final throws of the game?

Two minutes into the second half the first of two major injuries occurred. Prop Max Humphrey had to leave the field and replaced by the experienced Ben Wright. This was a like for like replacement and Scunthorpe continued to compete with Broadstreet on level terms.

Scunthorpe could not get out of their own half as Broadstreet battered their line but the resolute defence held firm, as it has done all season at fortress Heslam. On one rare occasion Scunthorpe entered the Coventry side’s 22 with a robust drive form the influential prop Ollie Cole. However an unforced error saw them cough up possession. Broadstreet cleared their lines and as the ball was drifting into touch the Scunthorpe full back tried to collect the ball and instead it went into touch off him to give Street a line out on the 10 m line. However the Green Giants redeemed themselves as the pack stole the ball and kept their fired up oppos out.

The second major injury blow then transpired on the hour. It was Ollie Cole who had to leave the field only this time there was no front row replacement left on the bench. The pack had to reshuffle with Tom Alldridge moving to prop and Grant Elliott to hooker. The scrum was now seriously weakened and Broadstreet could smell blood. However despite being shunted back at every scrum the home side clung on with some fantastic, almost heroic defending. Right up to the 76th minute the defence was holding tight. At scrum time the match official did not make a very good impression with the home supporters as he was ruthless in his interpretation of the laws. Scunthorpe did not get the rub of the green and the pressure was mounting. Deep in their 22 Scunthorpe were almost dead on their feet when ‘Street’ moved the ball wide, the overlap saw wingman Adam Collingwood scored in the corner, Jolly missed the extra 2 points. All Scunthorpe had to do was try to secure the ball from kick off and play out time as they were deep into overtime. It wasn’t to be and as the referee punished the scrum for umpteenth time, Broadstreet kicked deep into the Greens 22.  From the line out they crashed over to score the match winning try, the conversion was successful but immaterial, Scunthorpe 15 Broadstreet 18. The Broadstreet players celebrated as if they had won the World Cup which one can take some solace from as it shows how much they held Scunthorpe in regard and wanted to beat them.

One hopes that the extensive injury list does not punish the lads as they have their last game of the year next week away at Burton. As they enter the Christmas break hopefully they can re-build some of their broken players. 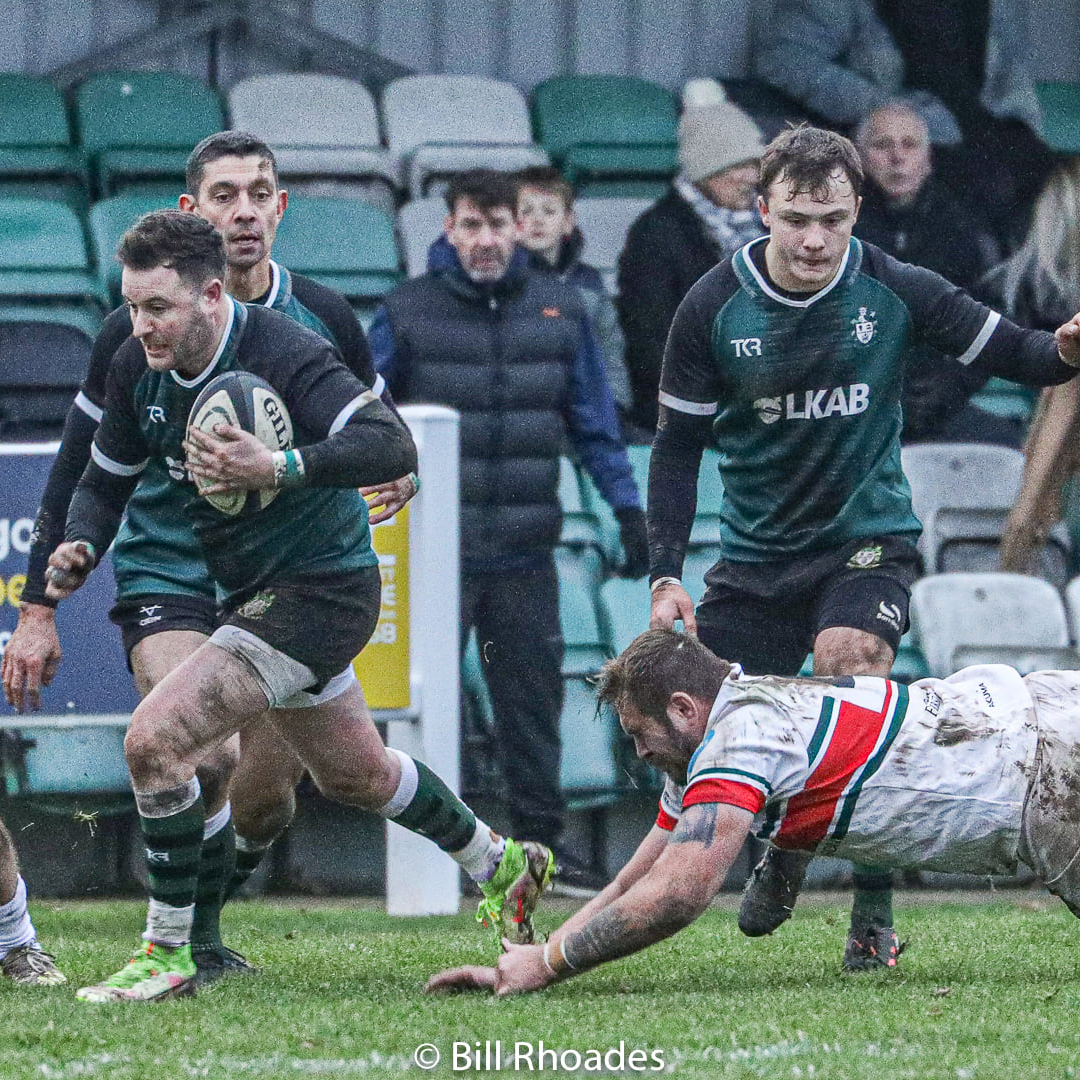 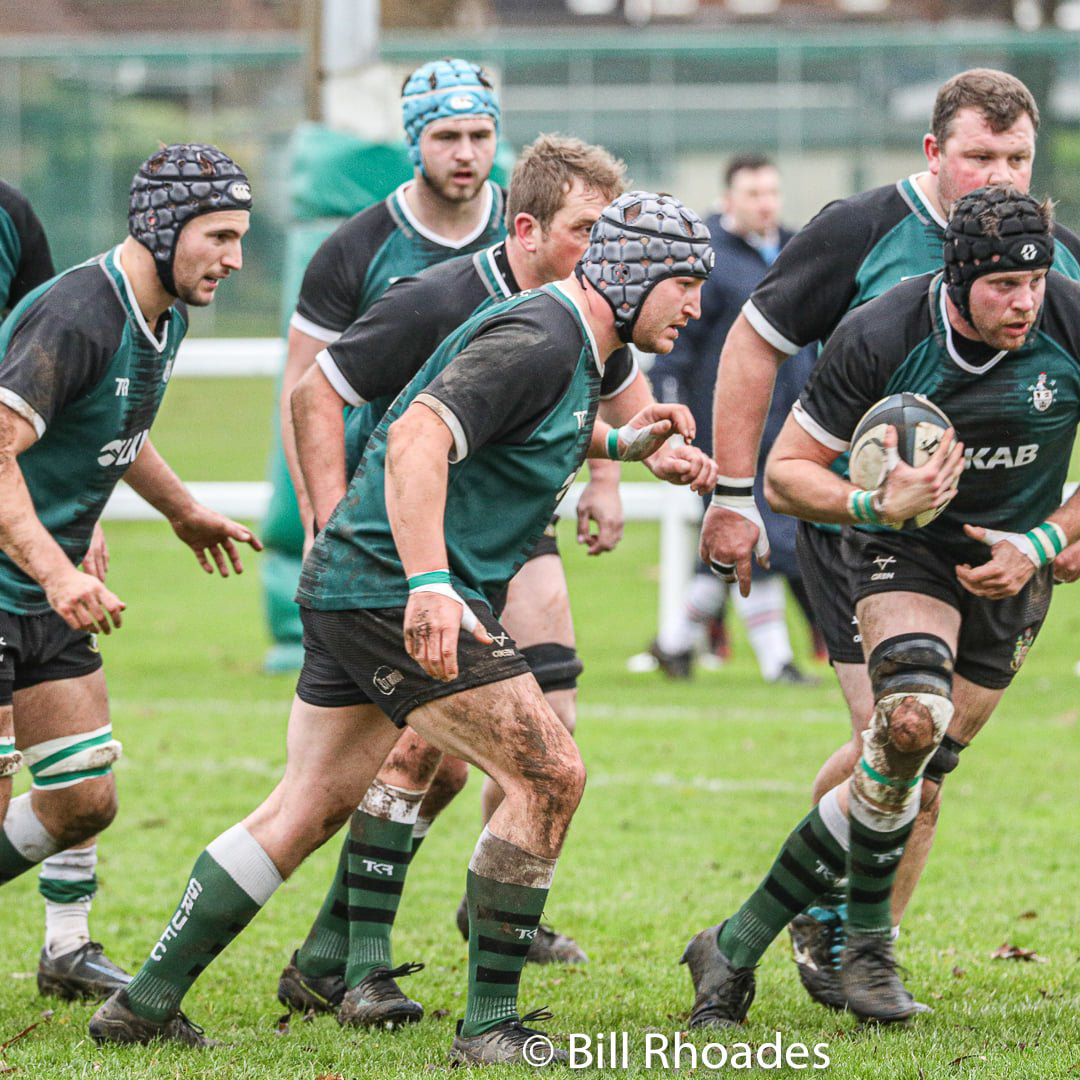 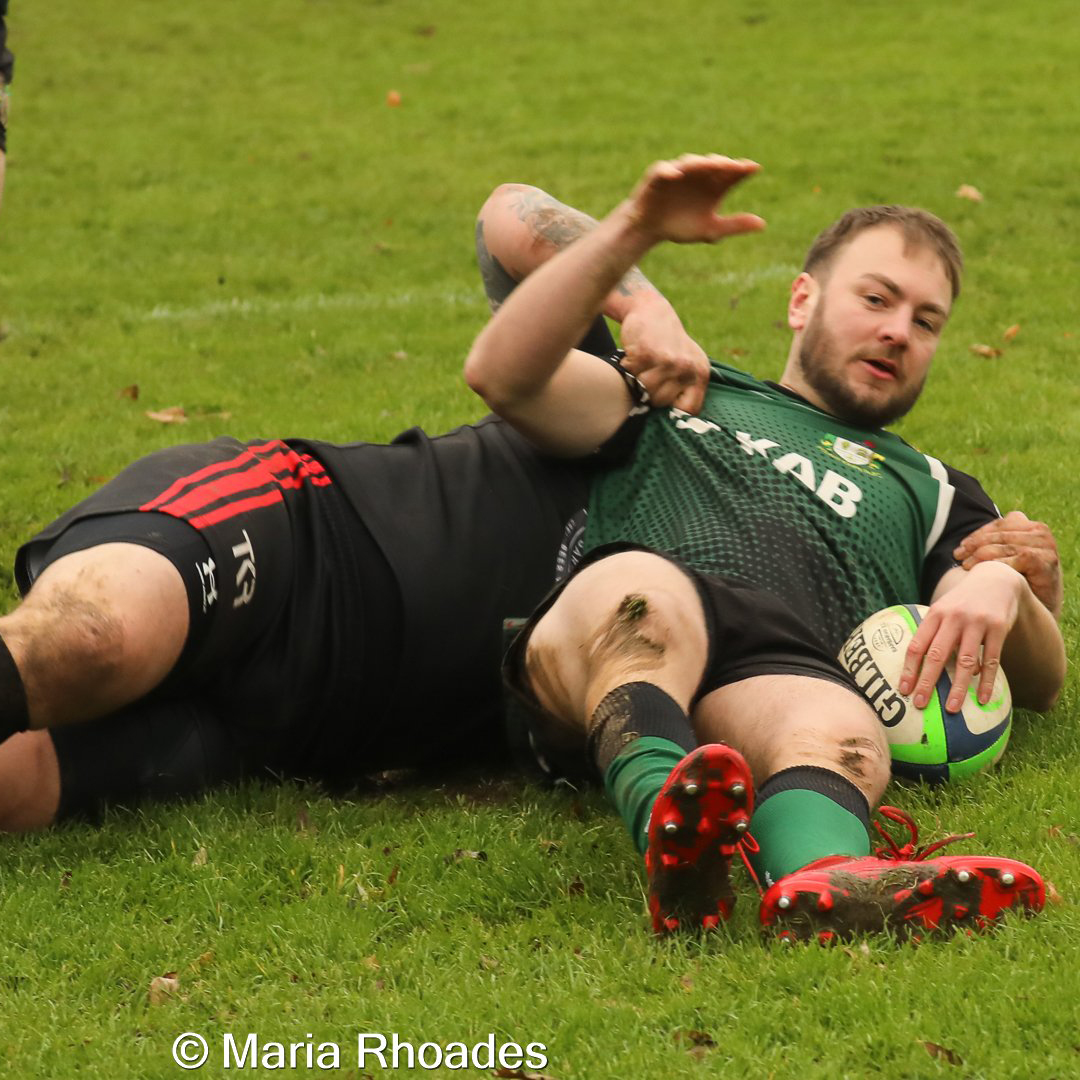