Scunthorpe produced one of their best results for a few months when they beat a very good Sandbach team at Heslam Park. The highlight of the game was a last-minute spectacular interception from Ollie Cole on the ‘Bach’ 22 which he finished off with an Ashton-esque swallow dive.

It was Sandbach who got the scoreboard ticking over first when strong running centre Jack Leach scored a good try. The ball was moved from left to right several times, but Scunthorpe held firm until eventually they ran out of tacklers and Leach scored. Essenhigh collected the extra two points. Scunthorpe came back and began to put the phases together aided by Sandbach who kept getting the wrong side of the referee. The ball was moved wide, and it was returnee Marcus Payne who scored in the corner. Tom Alldridge missed the conversion. 5-7. From the resulting kick-off Tom Foster received the ball in his 22 he tried to clear his lines as he has done thousands of times before, however the kick was charged down. The Greens were now under intense pressure and gave away a penalty. Sandbach took the line option, but Scunthorpe stole the ball and prevented a possible second try. Shortly after the Scunthorpe scrum were shunted back and gave away another penalty this time Sandbach took the three points through Essenhigh. 5-10. Scunthorpe came back again and began to play some great open rugby. They were playing with numbers on their back i.e., backs and forwards combining to keep the ball and make good progress up the field of play. The pressure resulted in another penalty which Tom Foster used to put his charges into the enemy 22. From the ensuing line out Sandbach gave away a ‘red zone’ penalty and the referee had no option to give a yellow card. Now the forwards could smell the try line and drove the Cheshire pack over with Tom Alldridge scoring the five-pointer. 10-10. As the half ended Sandbach put in a huge kick deep into the home side 22. Josh Lugsden fielded the ball but instead of kicking to touch he decided to run and got caught, conceding a penalty. Once again lady luck was on the green side as the resulting kick went dead and let Scunthorpe off the hook. Half time 10 -10.

Scunthorpe now had the wind behind them – could they use the advantage more clinically than their counterparts?

The two sides were determined to play expansive rugby even though the conditions said otherwise. For a good fifteen minutes after half time, it was even stevens as both teams were looking for a gap in the opposing defence. Scunthorpe knocked on in their 22, from the ensuing scrum they conceded a penalty and Essinhigh accepted the three points for Sandbach. 10-13. Tim Robinson’s men worked their way into their rivals 22. From yet another Sandbach penalty and yellow card, the faithful ‘Bridlington’ turned up trumps with Ben Hyde collecting the touchdown. With Tom Alldridge off the field with a nasty gash to the head, Josh Clarke took on kicking duties and converted for the extra two. Scunthorpe were now in the lead for the first time in the game. It wasn’t for long as another scrum time penalty saw Sandbach take advantage and score a try through full back Preston. With only ten minutes of the game remaining the result was still in doubt. Ollie Cole scored a typical try. As Scunthorpe battered the line Ollie came running onto a perfect pass and he crashed over for an unconverted try. It was now 22-18. Sandbach were not done and were determined to run the ball at every opportunity. Scunthorpe forced the error and as Sandbach knocked on Jake McKay pounced, kicked the ball through and won the chase to line to score a great opportunist try. Clarke converted. 29-18. Sandbach came back again this time it was hooker Whittaker who scored a converted try to get within four points. All Scunthorpe had to do was manage the final minute as the referee had already indicated the next break in play would mean time was up and they had the win. Then came the coup de grace, Sandbach were running from deep, Ollie Cole sniffed a chance and intercepted a pass just inside the 22. He galloped to the line to adulation of the home supporters and as Josh Clarke converted the Greens had secured a well-deserved win with six tries to three.

Next week Scunthorpe at home again to Syston and will be looking for a repeat performance.

Scunthorpe Women were on the road to our local rivals Doncaster Demons . Our last encounter was a tight affair so we knew there would be some scores to settle. The game started very evenly with hard hits going in for both teams . It was Jazz Clark who broke the deadlock with her first touch of the ball and weaved her way through to score under the posts which she converted . 7-0 to Scunthorpe .  Doncaster not to be outdone pressured and pressured the try line , Scunthorpe’s defence was immense and what we’ve been working on in training began to show . Their forwards were the threat and we managed to keep them out from close range . It was their no 10 that orchestrated a move to score in the corner making the conversion very difficult . 7-5 to Scunthorpe. Up stepped vice captain Cassie Milestone  who always leads by example and battled her way through to score right of the posts . 12-5 . It was a tricky conversion but ‘in form with the boot ‘ Jazz Clark stepped up and slotted it home. It was a fantastic team effort especially travelling with a squad of 20 which again included Ella Nutbrown who has worked her way through the girls pathway.

Great performance today by Scunthorpe U14’s, which have now made it through to the semi final of the NLD Cup. We face our 3rd successive away game in the cup, which saw us take on Derby Rufc. The game started with Scunthorpe on the front foot, and after 10 phases of play and lots of pressure, Alfie Murray crossed the line, but the ref deemed it double movement, and it was ruled out. Scunthorpe continued to put Derby under pressure, winning the breakdown in the ruck all game. Rhys Booth broke the deadlock to score in the corner after some slick back moves. Derby pulled one back, and we went into half time 5-5.

Scunthorpe started strong again and battered Derbys defence with some strong and clynical running. Alfie Murray, who caused them problems all game, broke through Derby’s defence from a penalty and crossed the line for a well deserved try. 5 minutes later, Jake Pullen and Mason Powell took advantage of a slowing Derby’s defence and took a quick penalty with Jake crossing the line. Harry Murr converting the 2 points again. Great performance by the whole team. Well done Scunthorpe U14’s.

Match Photos of our visit of Sandbach u12s vs Scunthorpe u12s 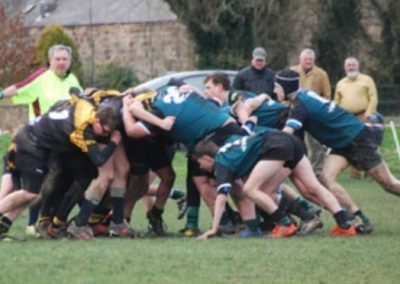 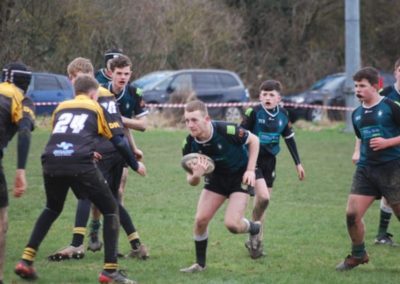 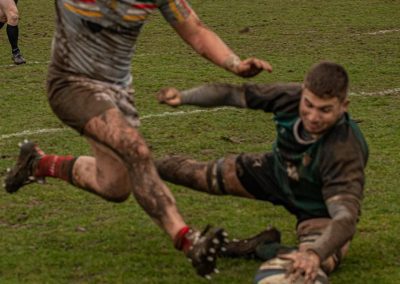 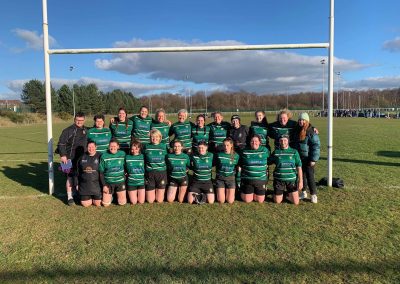 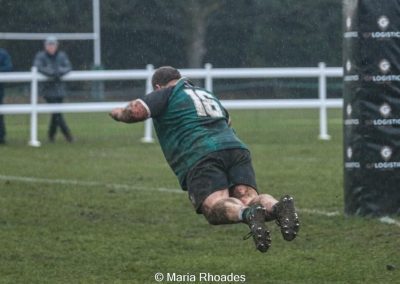 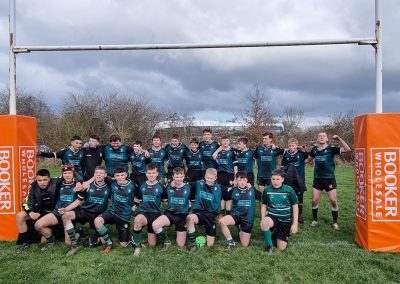 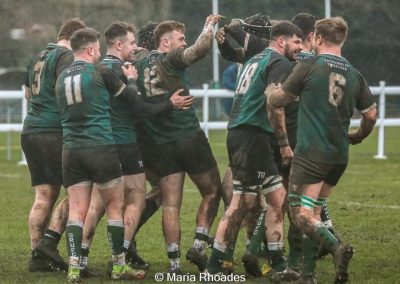