Scunthorpe registered their first league victory since April 2019 in front of their first home crowd for 30 months.

They got off to a great start when the influential Jacob Hardy scored the first try after 4 minutes. Burton committed their first of many penalties, Tom Foster kicked right to the corner and the line out saw Ben Hyde collect the ball. It was well looked after as eventually Hardy scrambled over in the corner.

On twenty minutes Tom Alldridge found his range and converted another Burton penalty. Burton looked impressive in the tight for the first twenty minutes. Their rangy full back Will Simpson had a howitzer of a right boot and kept the Greens pegged back. Scunthorpe’s resolute defence kept them at bay. From yet another penalty Scunthorpe made inroads into the opposition’s 22. The line out delivered again, and this time was Colin Chapman who shimmied through to score. Alldridge collected the extra two and Scunthorpe went into the half time break with a well-deserved 15-0 lead.

The second half gave the supporters their money’s worth as the scoreboard racked up 52 points. However, it was Burton who struck first with a well taken try from prop Ben Smith. Scunthorpe gave away a silly penalty. Burton kicked to the corner and from the line out the ball was moved from touchline to touchline twice before Smith found the gap and darted over. Chas Bunting converted for the extra two. Scunthorpe responded shortly after with a trademark ‘show and go’ try from the ever-present skipper Tom Foster. The backs and forwards interchanged passes at will before Foster saw the gap and went over. Alldridge converting. Burton were not out of it and came back again this time with a try from replacement Lewis Brookes. Tim Robinson’s men uncharacteristically, gave away possession, Burton pounced, their fly-half Harry Titley neatly putting Brookes in under the posts. Bunting converting. Scunthorpe responded with a barn storming run from late addition and man-of-the-match Jack Brunt – in for the redoubtable Olly Wood who failed a pre-match fitness test. However, they surrendered possession with a silly penalty. With an hour of the match now gone the Burton boys began to tire and Ben Hyde scored a typically robust try. It came from the first example of the new 50-22 law which allows the team in possession to kick into the opposition 22 and claim the possession at the line out. The ball was moved wide, Hyde and Jack Brunt carried for Brunt to put Hyde in under the posts, Alldridge converted. The score was now 29-14, and in the last twenty minutes the crowd were treated to a festival of sevens style rugby. They racked up 24 points with from an Alldridge penalty, another try from Ben Hyde followed by youngsters Josh Clarke and Joey Mowbray all converted by Tom Alldridge. The final score of 53-14 was not what was expected but it was well worth waiting for after such a long time without rugby at fortress Heslam Park. 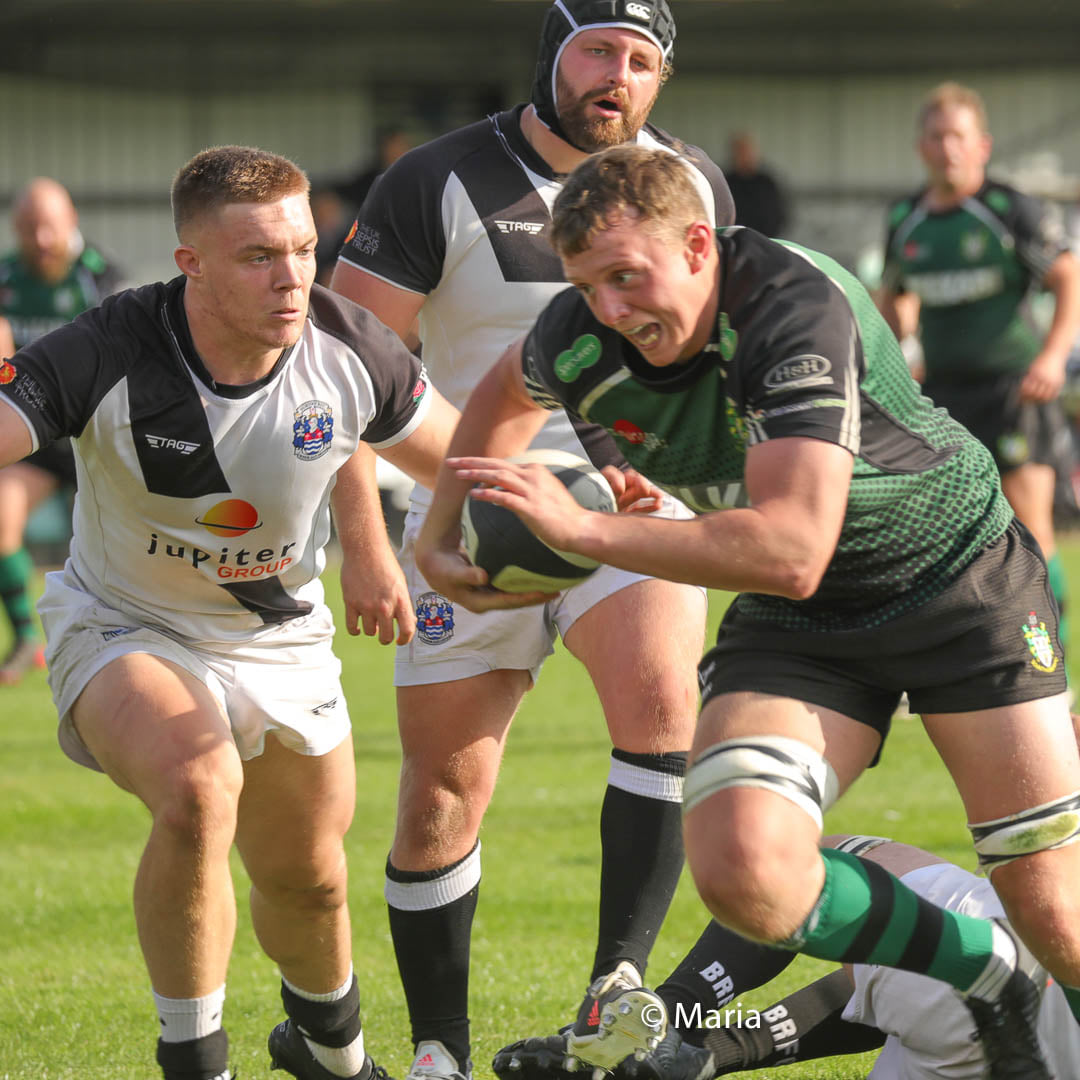 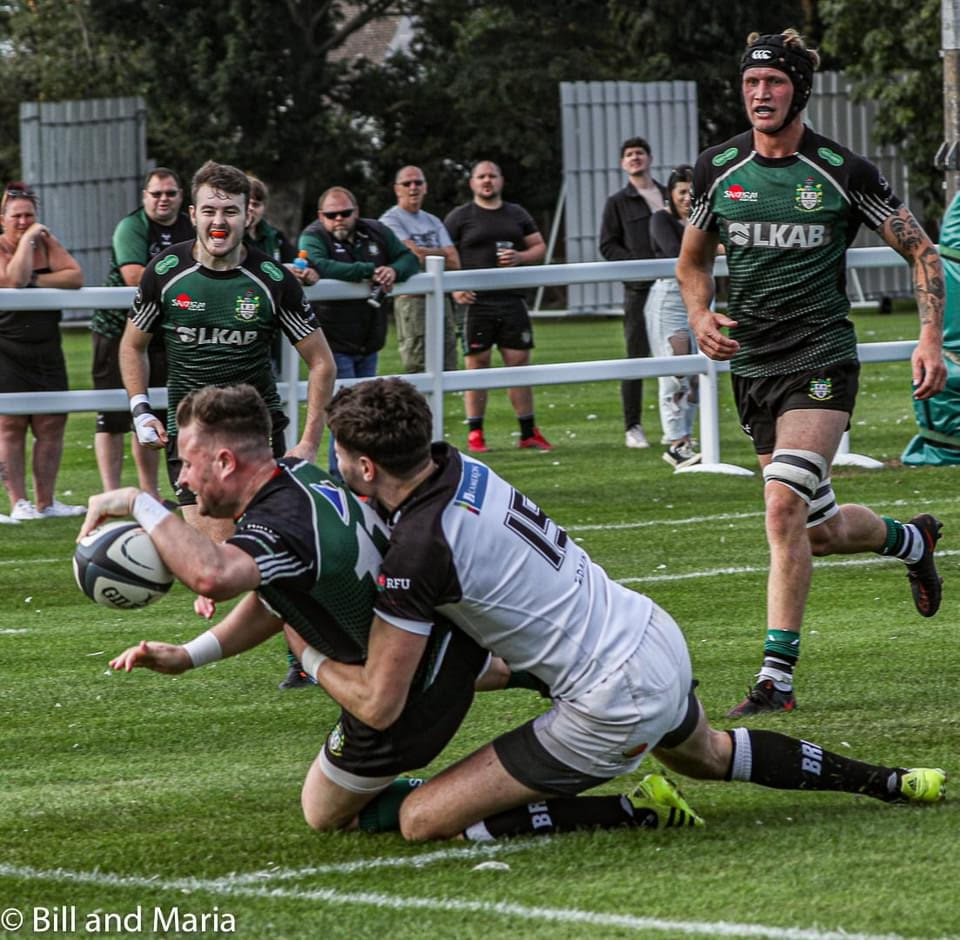 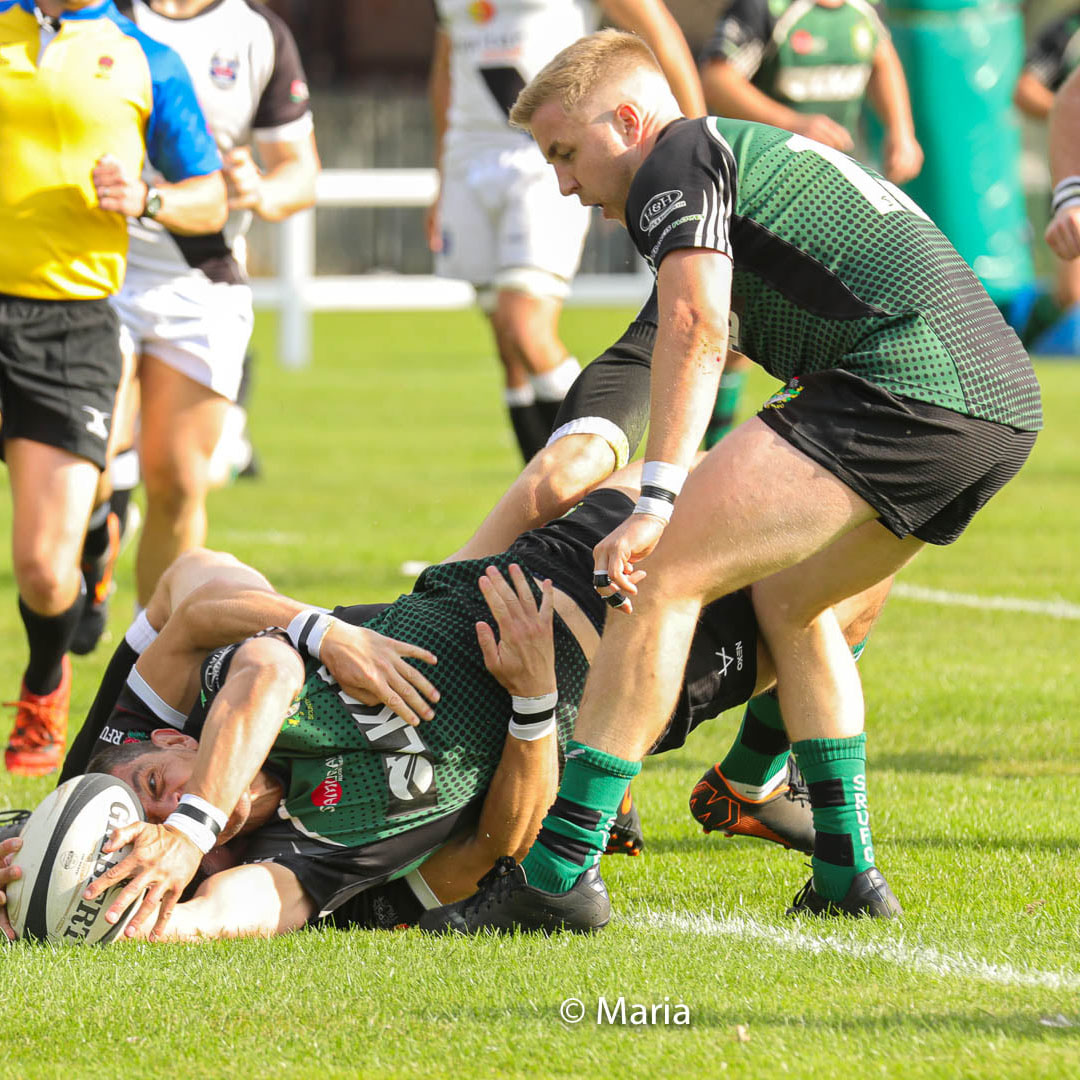 See more photos from this match acorss on our facebook page!