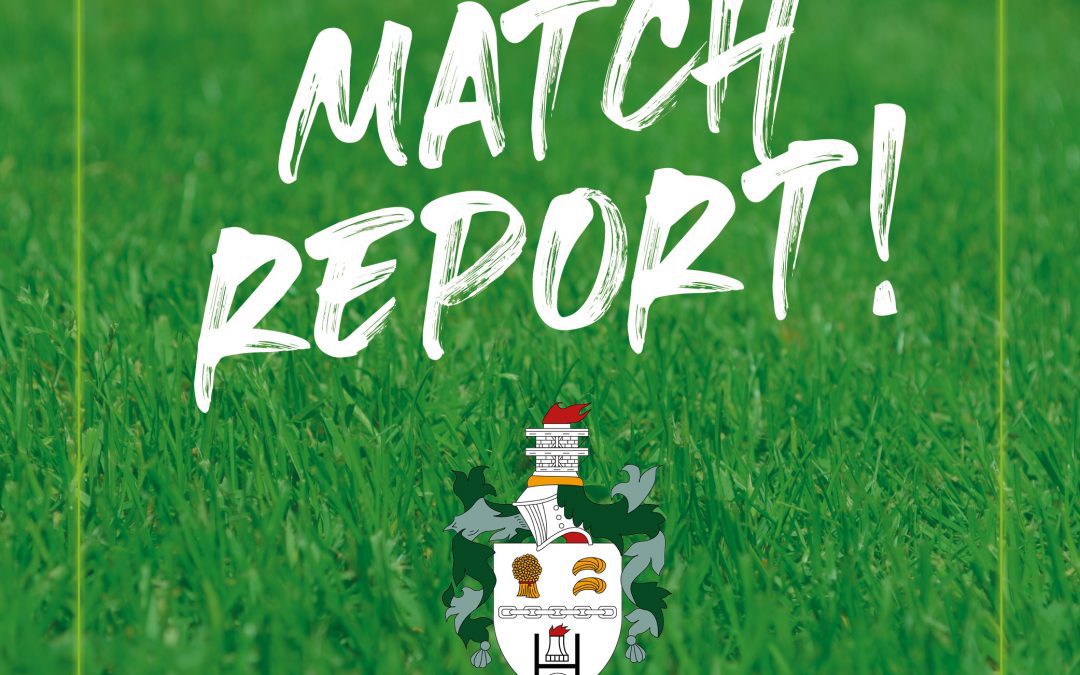 The dark rain clouds cleared. The sun shone brightly and Ilkley’s scenic Stacks Field was the perfect venue for rugby.

The visitors, however, suffered a shock when the Ilkey side, with their first sweeping attack, enabled their winger Harry Harrison to race down the touchline to score a try that was converted by his no 10 Chuckie Ramsay.

Scunthorpe fought back with some threatening moves including surging ‘catch and drives’ but over eagerness by the visiting players, or maybe by the referee, resulted in penalties for the home team that relieved the pressure.

Both teams showed promising moves but play was error and penalty strewn, maybe due to the five week layoff.

It was Scunthorpe who eventually put together a period of sustained possession, including a catch and drive that sucked in the defence and when the ball came out to James Dyson he sliced through the remaining cover to score a try that Ben Hyde converted.

The rest of the first half reverted to the stalemate, with passages of skilful play, frustrating errors and chaotic rucks. Both sided defended well and could not be faulted for effort.Considering the importance of the game to both sides it was an exciting and gripping contest for all the spectators.

The second half continued in the same way. It seemed, again, that Scunthorpe were likely to make the breakthrough, Ben Hyde, Josh Bird, and Josh Lugsden were threatening and James Dyson and Will Harrison were on form. But frustration, again at the wild rucks, saw an altercation that resulted in Ben Hyde and an Ilkey player seeing yellow.

Although the visitors appeared to be gaining the upper hand it was the influential Ilkley no 13 Kristan Dobson, who skilfully wove through what seemed to be a well set Green defensive line to score the deciding try, converted by Floris Van Oekel.

This disappointing result leaves us 9 points deep in the relegation zone. However, with 9 matches remaining escape is possible.

The return of Josh Lugsden and Jack Brunt from injury, the progress of newcomer to 1st XV rugby Cam Christie and veteran Ash Dibden together with a couple of good training sessions last week has resulted in a vast improvement in the performance shown in our last game before Christmas.

If the squad give top priority to being available and to training for the next week against Paviors and the 8 weeks thereafter ‘the great escape’ will be made reality.