Scunthorpe visited the Old Showground and the unbeaten league leaders Newport. Scunthorpe had to sustain a last minute cry-off when influential prop Max Humphries cried off late due to Covid-19. Jack Rowbotham stepped up to the mark and put in an admirable shift especially has he had do a night shift on his return.

It was Newport that started the strongest and within 5 minutes they had the first of their 4 tries when wingman Alex Gow scored in the corner. Adams failed with the extra two. Newport were fired up and it was clear to see why they were unbeaten league leaders. Their scrum dominated Scunthorpe’s and they looked in imperious form. However the Greens never gave up and when they  had the ball they looked lively, asking questions of the opposition. The defence held tight and allowed Tim Robinson’s side to creep back into the game. Newport had a line out in their 22, it was turned over and Scunthorpe attacked. Newport gave away the first of many penalties 5 metres out. Scunthorpe utilized the ‘Bridlington’ move for ben Hyde to score. Tom Alldridge converted to extra 2 points.  Newport continued to dominant at scrum time but this did not phase the lads as they came back again and scored through Colin Chapman. The counter attacked through the young guns of Josh Lugsden and Joey Mowbray. James Dyson powered through and just before he was halted 2 metres out he off-loaded to the supporting Chapman.   Alldridge converted 5 – 14. From the ensuing kick off Scunthorpe stole the ball from the home side and their first thought was attack. From a box kick Newport fumbled and James Dyson collected the ball on the halfway line to race fifty metres down the touch line to score in the corner. From yet another penalty, this time in front of the posts Alldridge converted the 3 points to take the Greens into a half time lead of 5 – 22.

This half time score certainly did not reflect the current form and Newport must have one heck of a talking to at half time because they came out of the traps totally fired up. The scored three tries as Scunthorpe could only respond with an Alldridge penalty. Firstly, it was sub perry that crashed over after a Scunthorpe penalty. Then the impressive Hubbart scored two tries after Newport used their effective forwards in close quarter attacks on the Scunthorpe line. The score was now 20 – 25 and things were looking ominous with 15 minutes to go. Had the home side converted their tries they would be in the lead. However Scunthorpe rallied and clawed back some of their first half form. They cut out the penalties, defended like demons and for some reason Newport instead of playing to their forwards decide to play into Scunthorpe’s hands and made too many errors. Scunthorpe were awarded a penalty 40 metres out, Alldridge struck the ball cleanly and as is was just about to sail over it hit the upright and bounced back. Two minutes before the end Newport gave away another penalty in a similar position this time Alldridge made no mistake and extra three points meant that ‘Port’ had to score twice in two minutes. The Greens held on for a well-deserved if unpredictable victory.

This week saw us back on the green green grass of heslam, unfortunately Barton cried off early in the week. So BP chemicals picked up the gauntlet.

We knew it was going to be a tough game as BP always have a big set of lads. And to this torrential rain, and it became a game of “knock knock” I’m told that we had 158 scrums which is around 2 scrums per minute.

We spent the majority of the first 20 in BP half, then against the flow they slide over the line to take the 1st points, but failed to convert.

We then took it straight to them and with quick thinking from Ricky Smart we piled over to level the scores. Ash Grey then slotted over the sticks.

The next 40 mins remained a stalemate with neither team finishing.

The  super sub Phil Wood steps onto the hallowed ground and 30 secs later goes over in the corner and typical of Phil injured himself in the process.

Ash unfortunately couldn’t get the ball between the uprights against the torrid waters and wind.

Scrummaging today was awesome with us never losing any of our put ins and winning several of theirs as well.

Good day all around well played everyone.

Big thank you to heslam Park and Scunthorpe cricket club, for the food in the players lounge

Away to Rasen next week, let’s get a strong line and take it to the carrot munchers.

Scunthorpe women travelled to Blaydon for their 2nd league game. A 4G pitch was a new experience for us and reflected on the speed of the game. We got off to a flying start and Lauren sniped from 9 over in the corner.  Blaydon kicked back the restart which was immediately gathered by Jazz Clark who’s creativity allowed her to jink through a couple of tackles and kick skilfully into space, she collected her own kick and scored under the post. A sure contender for try of the season!  She converted her own try too. Blaydon not to be outdone re gained possession and managed to crawl back the deficit and score three tries on the bounce converting two, to make the score 19-12. Scunthorpe pressured and some determined running allowed Cassie to score under the posts for a well deserved try of her own. Jazz converted. 19-19 was the score. Scunthorpes discipline was to be their nemesis in the final stages and a high tackle led to a penalty try being awarded. Scunthorpe battled hard throughout and it was an achievement to travel away such a distance even with replacements. Which shows the commitment of the Women’s team. Well done all. 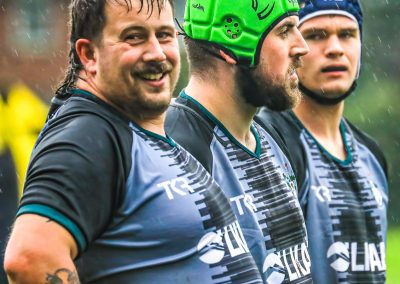 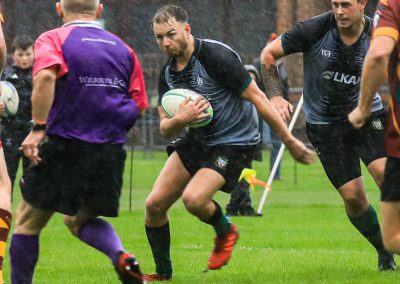 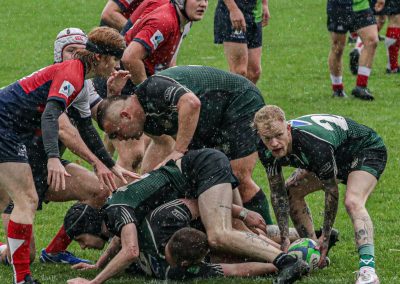