3/3 For the greens this weekend.

This local derby took place at the best Rugby Union venue in the north of England, Doncaster’s Castle Hills ground. With perfect weather for rugby both players and spectators anticipated a great afternoon’s sport. The early exchanges showed both teams willing to play expansive rugby but as the minutes ticked away neither side could make a breakthrough. Both sides defended well and both sides made errors in attack. Doncaster were getting the upper hand in scrums and line out; but Scunthorpe were showing flashes of skill that threatened to break the home side’s defence.

The deadlock was broken when a rampant Doncaster scrum forced a penalty that was converted by Seth Adams.

For a while the game’s flow was impeded by errors and an excess of whistle. It was, however Scunthorpe who upped their game. A series of good inter passing and driving mauls saw Ben Hyde crash over for the first try of the match, which was converted by Tom Alldridge, to give the Greens a 7-3 half time lead.

The second half started badly for the visitors. Vice Captain Grant Elliot, who was playing really well, being yellow carded for a high tackle. Doncaster pilled on the pressure, but Scunthorpe defended well as a team with Will Harrison and Josh Lugsden outstanding. No sooner had Grant Elliot returned to the field, and the storm seemed over, than Kane Linklater got yellow carded for another high tackle. This time the home team did benefit. Doncaster pressure brought them a line out near the Greens’ line. From this, powerful catch and drives sucked in the Scunthorpe defence and then a quick series of passes saw Sam Wager clear to touch down in the corner. Although the conversion failed the home side were in the lead for the first time in the match.

With 15 minutes to go and 8-7 down the visitors rose to the challenge. With prop Dylan Martin getting the better of his opponent, the pressure resulted in a penalty that Tom Alldridge duly converted. With a 2 point lead and 10 minutes to go the Greens experienced captain, Tom Foster, took control of the game and manoeuvred play to a line out in the Doncaster 22. From the following catch and drive the ever reliable Rory Rendall-Tyrrell got the try, the last score of the game.

A win away, especially in a derby game, is good -but Scunthorpe looked like a side that could/should become much better.

Started well. Josh Clarke got the first try.  Selby made a decent come back towards the second half. We dominated in the scrums as usual. Josh Sarsfield got a yellow card for a swinging arm. Selby were winning towards the end of the game. Cam Christie scored the winning try in the last play of the game.  Lads making their debut  Ethan Taylor, Curtis Baker and Cam Harrington. All played extremely well.

View the images from the match here

This week saw us back on hollowed ground, and you guys didn’t disappoint battled well with strong runs and fierce tackling.

We got off to a rocky start going 2 tries down in 1st 15 mins, against the run of play.By the half it was back to 14-15, on we battled with a few disallowed tries for each team, but with dogged determination, we came out the Victor’s 33-18.Well done to everybody, big thanks to the gainsborough lads who dropped in last minute to assist, cheers chappy, Trucker and Daniel Dawson .Joint MOM Ash Grey and Karl Hull.Well deserved gents.Hope you are all enjoying the new players lounge, thank you heslam team & Kieron Spelman butchers 👏 Onto next week is a first league game of 21/22 season, away to Hull ionions.Cheers Andy Kelly 🍻
View the images from this match here. 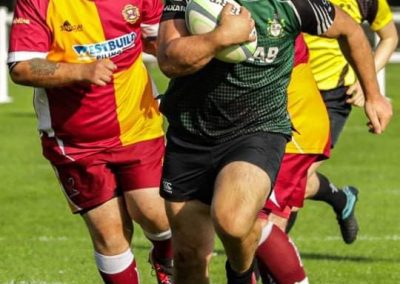 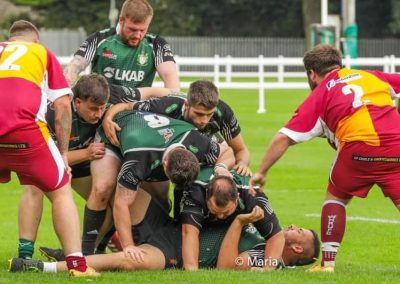 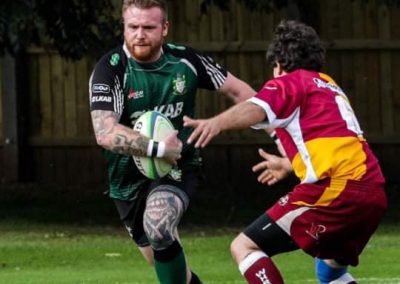 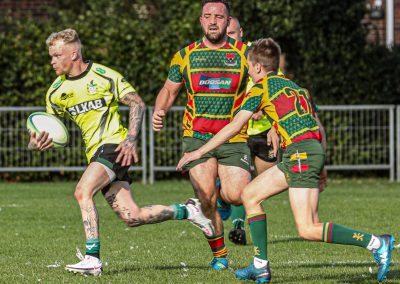