After the morning’s torrential downpour Heslam Park looked in great nick and the weather abated to allow an excellent game to go ahead and claim NLD bragging rights.

Scunthorpe got off to a flying start with a well taken try from Liam Brunt after 8 minutes. Paviors gave away a couple of penalties after the pressure from the home side. The catch and drive line out didn’t quite click as Paviors fronted up. However when Scunthorpe moved the ball wide they cut open the Notts side’s defence. On this occasion it was a clever ‘back of the hand’ pass from Jacob Hardy that put Brunt in for his try. Tom Alldridge hit the post with his touchline conversion attempt. Six minutes later it was Josh Lugsden who scored. From driving play by the impressive Jake McKay, great ball retention and a superb pass from Will Harrison, Lugsden powered through several tackles to score the first of his four tries to make the score 14 – 0. Shortly after Will Harrison suffered a serious injury and had to leave the field of play to be replaced by Josh Sarsfield. Jacob Hardy moved to centre to accommodate Sarsfield. Just like last week the Greens stormed into an impressive lead in the first half only to be pegged back by their opposition. On the half hour Paviors scored a forwards try through 2nd row Phil Eggleshaw after Scunthorpe tried to run out of their 22, knocked on, and from the scrum Paviors battered the home side’s try line with Eggleshaw bursting over. George Billam converted. From the resulting kick-off Jacob Hardy leapt like a salmon to steal the ball, Scunthorpe retained possession and once again Paviors transgressed and the referee gave the penalty to Scunthorpe. From the resulting catch and drive line out the ball was quickly shipped wide and once again Lugsden cut open the defence to score a try next to the posts. This afforded Alldridge an easier kick at goal which he duly accepted. 17-7.  Just before half time Paviors’  Eggleshaw scored his second try in similar fashion. It came after Scunthorpe gave away a couple of penalties in quick succession. From the line out the North Notts side kept their patience moving the ball left and right, eventually Eggleshaw bundled over, Billam converted to take them within 3 points at half time. 17-14.

Unlike the previous week Scunthorpe did not capitulate and went on to close the game out with 4 well taken tries. From the kickoff play seemed to be at a stalemate with neither side able to assert their dominance. After 15 minutes make-do centre James Dyson scored a well worked try. Once again Paviors gave away penalties. Some excellent kicking from the evergreen Tom Foster allowed the Greens to attack from well into the Paviors half. To be fair Paviors defended bravely but ran out of players as the constant pressure let Dyson in. Alldridge converted. On the hour Joey Mowbrey got his usual try. It was Foster again with a howitzer of kick that pegged Paviors deep into their own half. The ball popped out of the control of the line out but Mowbrey snaffled it up and weaved over the line. Scunthorpe were beginning to edge away at 29-14. From the resulting kick off Jake McKay collected the ball, stumbled to off-put the defence and drove forward. He passed to Hardy and then Josh Lugsden came through the line like an express train to race 50 metres to score an outstanding try and claim his hat trick.  Alldridge converted to put the game beyond reach at 36-14. It was the young starlet that was to have Tim Robinson’s young guns last word when he collected the ball after a deft kick from Foster and once again used his electric pace to race to the try line. Paviors scored a consolation try through pacy winger Alex Barton which was converted by Billam to end the game with an emphatic 41-21 victory for the Greens who claimed the NLD bragging rights.

Scunthorpe really deserved this victory after a few injuries and unavailability. They played as a team and used the pace in the backs to exploit the opposition. They have now moved to 3rd in the table and face tough opposition away at the in-form Sandbach. 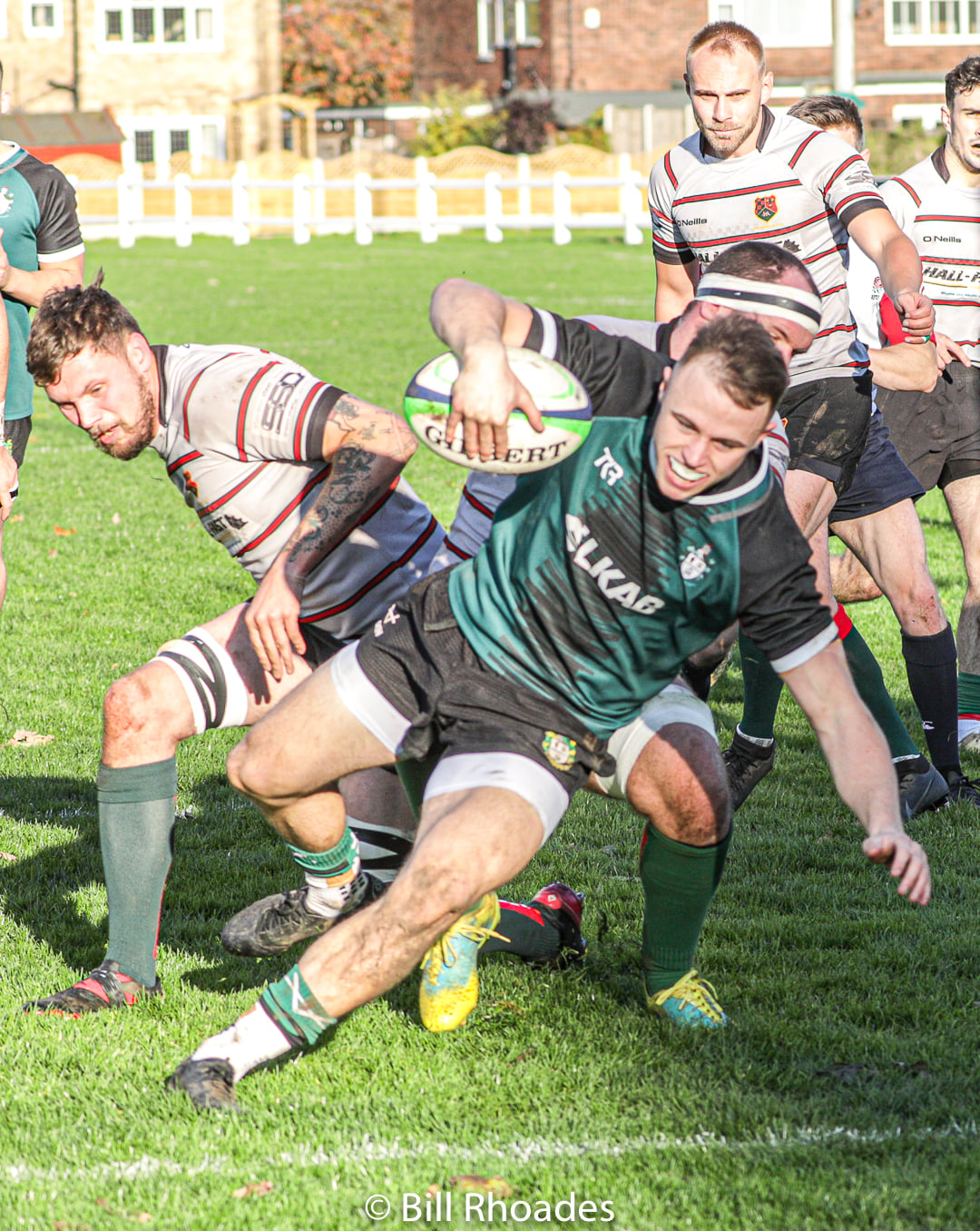 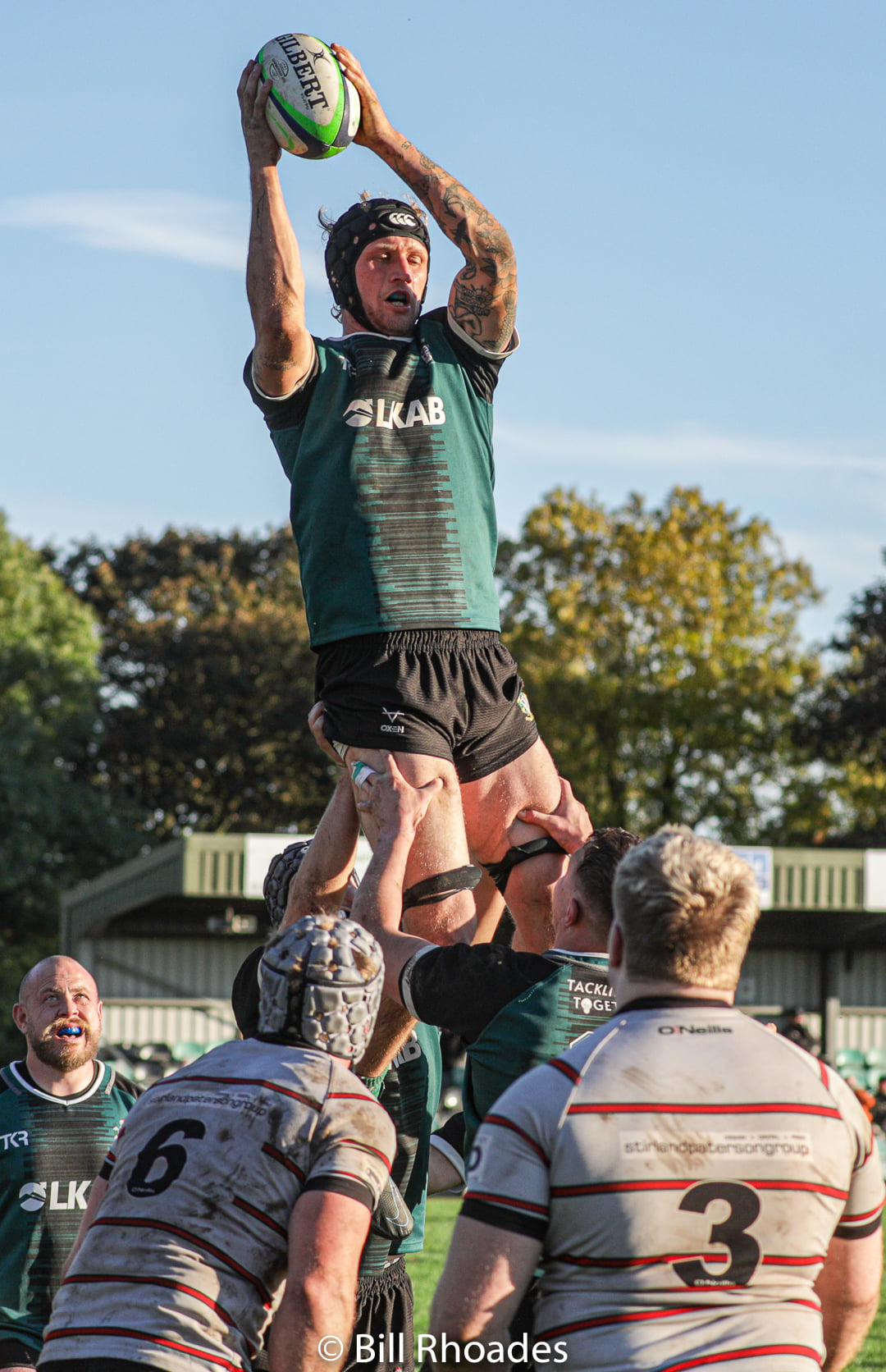 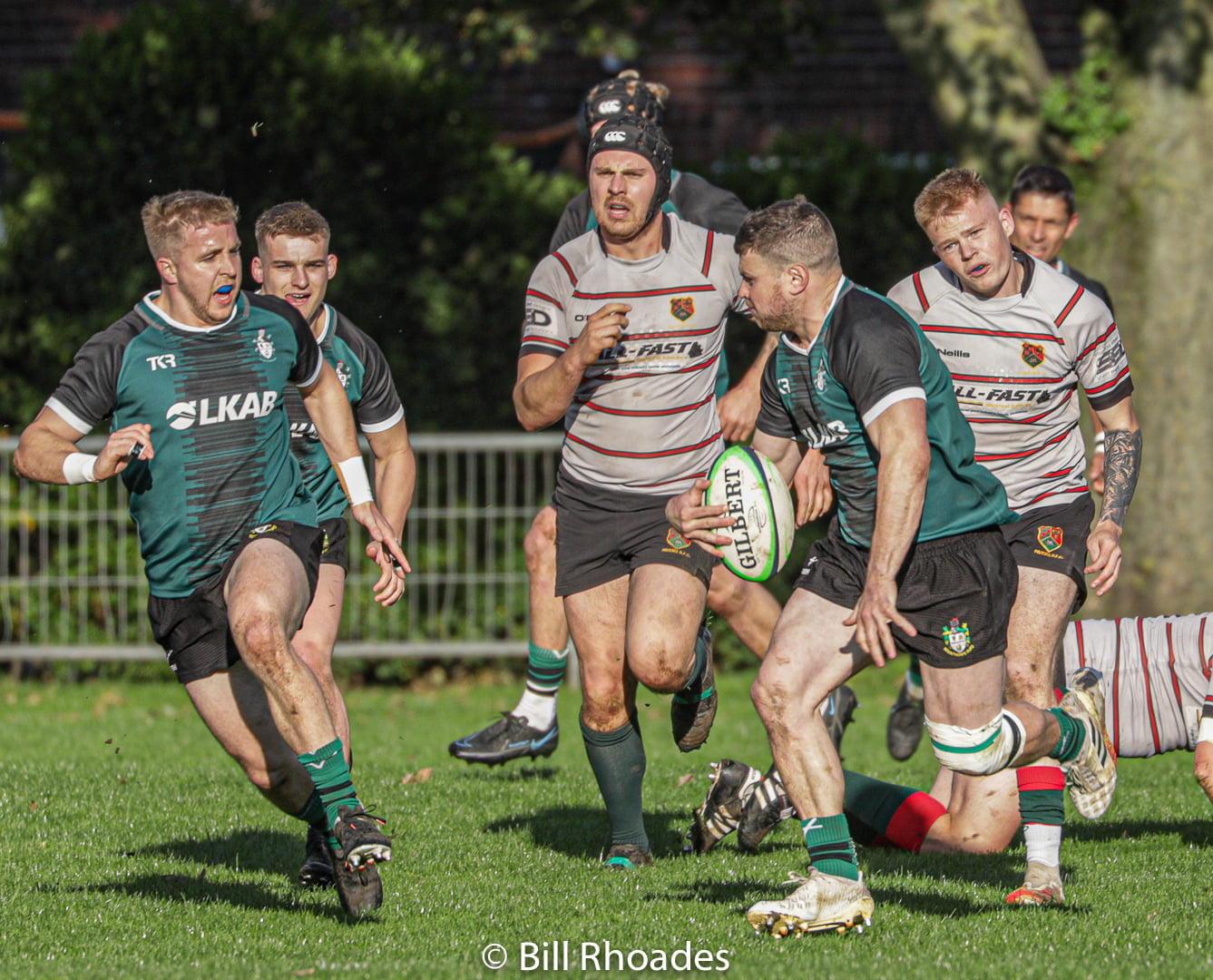