In all my 50 years of playing and watching rugby this is one of the strangest endings to game I have ever seen. Scunthorpe have won many games when the odds were against it but this one caps it all.

Scunthorpe were visiting Occupation Road for the first time and the supporters and alickados were very well received. The hospitality was excellent.

Scunthorpe dominated the opening exchanges and after 8 minutes Josh Lugsden finished a very well executed move with a fine try. Scunthorpe had edged their way into the Oundle 22, from a resulting scrum the ball was quickly moved wide and Lugsden burst through to score, Tom Alldridge converting 7-0/

Oundle had not made the best start to the season but the beating of Nuneaton the week before was clearly not a fluke and they showed it with some determined play. A try saving tackle from Scunthorpe prevented the home side drawing level. Then on 20 minutes the influential scrum half Joey Mowbrey scored a five-pointer. Oundle gave away a penalty in the Greens half, Tom Foster hoofed the ball 60 metres into touch 10m from the Oundle line. From the resulting line out catch and drive the ball came to Mowbrey he sold the dummy and dived over for his try. Alldridge converted, 14-0.

Scunthorpe looked in an unassailable position and would surely go on to win this game comfortably. However Oundle had other ideas. They were given a penalty and centre Toby Snelling accepted the three points. Scunthorpe seemed to run out of ideas. This was typified when Tim Robinson’s charges were awarded a penalty on the Oundle 10 metres line. They did not really seem to know what to do, twist or stick. Tom Foster took a tap and the ball was given away far too easily when really Scunthorpe should have scored and put the match out of contention. Half time Oundle 3 Scunthorpe 14.

Oundle started the second half like a house on fire and Scunthorpe were under the cosh for almost the whole 40 minutes. The Greens could not get to grips with mysterious decisions being taken by the man in the middle. From yet another penalty Oundle kicked to the corner and from the line out No8 Robert Shingles barged forward, spun out of the tackle and scored a well taken individual try. Snelling converted and Oundle were now one point behind. The Northants side were on fire and they did not give Scunthorpe an inch forcing numerous uncharacteristic errors. Things got even worse when young Joey Mowbrey was penalized for a deliberate knock on which resulted in him receiving a yellow card and 10 minutes in the bin. Snelling kicked the resulting penalty and Oundle were in front.

Yet another three points was conceded on 75 minutes by way of another strange penalty as Scunthorpe went further behind. It was looking like one of those days when nothing could go right. They had hardly been in the opposition’s 22 and then came a key turning point. The Oundle second row retaliated with a right hook Tyson Fury would be proud of. However he did so in full view of the referee and for his sins he was asked to leave the field of play after being shown a red card. Time was running out and at last Scunthorpe nudged their way into the opposition 22. Joey Mowbrey thought he had scored, as did the traveling support, but the match official gave a penalty for offside and it was not to be.

With time running out it looked like Oundle were going to take their second scalp two weeks running. However, stranger things were about to unfold. Oundle lost another player with a yellow card and were down to 13 men, Scunthorpe could smell blood and battered the line. The stopwatch was well into overtime when skipper Tom Foster scrambled over to draw the scores level even though he thought he had won the game as he had misunderstood the score. Foster had scored his try wide out, but had he known we were level he would have surely tried to touch down nearer the posts to make the kick easier. The next two minutes saw some of the most inexplicable rugby we have seen for many a year. Tom Alldridge set himself and kicked a beautiful conversion only to see it drift wide of the upright. This meant the score was 19-19 and in all honesty the Greens settled for that as they were let out of jail free. However the referee was to leave a lasting impression on all those present as he penalized Oundle for an infringement as the kick was being taken. This resulted in Alldridge being asked to re-take the conversion. You could not write it! It was almost akin to a golf shot, Alldridge had had his practice shot and now he stepped and slotted the ball between the uprights to give Scunthorpe the most unusual and some might say undeserved 21-19  victory.

One had to feel for the home team as they and their followers were crestfallen. However as befits their hospitality they were magnanimous in defeat as Scunthorpe celebrated the most extraordinary victory they had seen for some years.

This week back at the home of the #greenmachine
Goole at home.
After seeing Goole’s results from the last few weeks we was expecting a result of more points then 007 have slept with women.
Unfortunately nobody told Goole we was expecting an easy road.
They came out the blocks like a stabbed rat, and absolutely took the game to the greens.
We opened the scoring with the legend Gavin Hale going over their line,
The pack then got a scum 10m out and decided to see how far Goole could walk backwards.
Turned out they could run backwards 10m in the scrum.
Karl Hull dotting down.
And the golden one Robbie Goodyear  uncharacteristically missed.
12-0
Goole then came back with a vengeance
12-7
The game was back and forth and getting scrappy.
Forwards had won every scrum but lost their lineouts.
We ended up with a penalty at half way, the golden one wanted to tap and go.
I chose to go for lineout trusting in judas Callan Mcsherry to redeem himself.
The lineout was good cally caught and the drive was amazing.
With “THE MULLET” Ricky Smart smashing over.
Obviously the golden one took it between the sticks
19-7
Unfortunately the ref didn’t like our chattyness and cally had to go and spend 10 mins in the naughty corner.
Half time came and a change in the front row.
Big expectations of Cuan Hindshaw
The sideboards came on and in a blink of an eye he joined cally on the naughty step.
(Still not really sure what he did)
This took the men in green to 13.
We battled we fought we screamed and shouted and we kept them at bay.
With cuan off the viking Tony Wilkinson went to hooker.
Couple of scrums later, the viking realised there is more to front row then being just the pretty boys on the pitch,
Cpt kelly came back on to relieved the aching viking.
Ash Grey took a break and went over the line taking the bonus try point.
Obviously golden one slotted over.
26-7.
We found ourselves on are own 5m line Goole fighting like Custer at the alamo.
Scrum time again scunny won again, cally picked and went, and went and went again.
Ran the full length of the pitch and at last 10 yards offloaded to Sam Everingham who touched down with old golden balls chipping over.
33-7
With the win in hand and a bonus point as well the green machine all sat back with daft grins, nobody told Goole we had won and they battled back and crashed over.
33- 12 (missed conversion)
Big plus scrums dominated
MOM could have gone to anyone, it was a hard decision between Jamie Wray and Sam Proctor
But we all decided the body Sam Proctor edged the decision.
So MON Sam Proctor
DOD Cuan Hindshaw 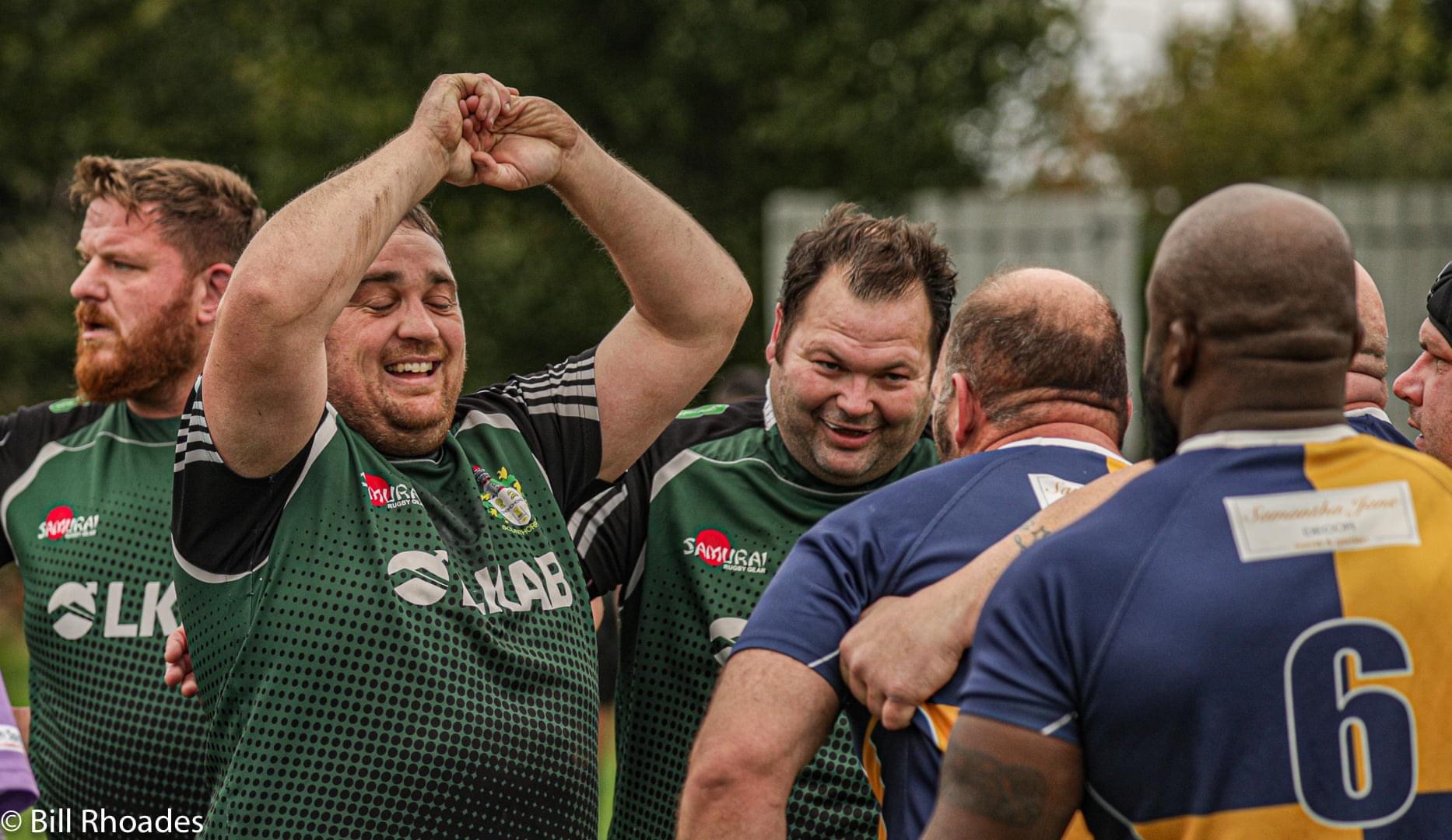 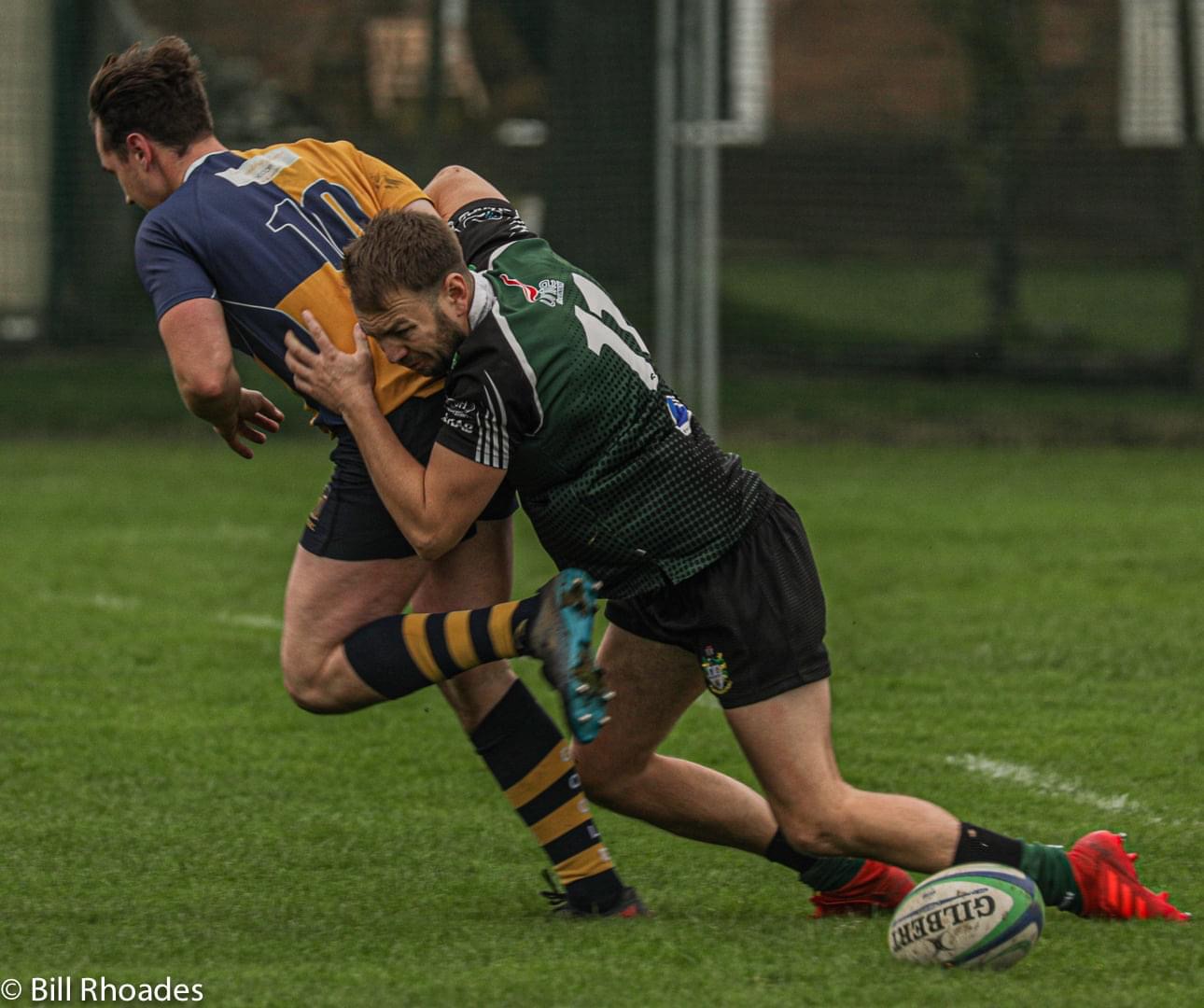